This issue of Krisis revolves around two figures, that of the pirate and the privateer. It explores their relevance to a critical understanding of the gobalized present. Defying any simple opposition, the relationship between them is simultaneously one of extreme proximity, in terms of practice, and great distance, in terms of their relation to sovereignty and the law. This results in an ambiguity that matches the economic networks in which they operate, then and now. For the pirate and privateer make their reappearance in the cracks opened up by nation states permanently recuperating from the centrifugal and deterritorializing forces of capital. From media pirates turned hacktivists to neo-privateers mooring their vessels in tax havens and SEZs, each contribution approaches engages these figures from a different angle: that of Agamben’s theory of sovereignty, Corporate Social Responsibility, anonymity and parametric politics, and many more.

Jonas Staal (1981) has studied monumental art in Enschede and Boston. He currently works on his PhD research entitled Art and Propaganda in the 21st Century at the University of Leiden. He is the founder of the artistic and political organization New World Summit (NWS) that contributes to building alternative political spheres for organizations banned from democratic discourse and of the New World Academy that connects progressive political organizations to artists. His work includes interventions in public space, exhibitions, lectures, and publications, focusing on the relationship between art, politics and ideology.

Sina Talachian is a PhD student in History at Cambridge University. His main interests are 19th and 20th century European intellectual history, philosophy of history and political and social philosophy, in particular of the Marxian, critical theory variety.

Josef Früchtl (http://home.medewerker.uva.nl/j.fruchtl) is professor of philosophy with a focus on philosophy of art and culture (Critical Cultural Theory) at the University of Amsterdam (UvA). He is publishing in the field of aesthetics (with a focus on aesthetics and ethics as well as aesthetics and politics), Critical Theory, theory of Modernity, and philosophy of film. His recent publication is Vertrauen in die Welt. Eine Philosophie des Films (München: Fink 2013), translated as Trust in the World. A Philosophy of Film (New York & London: Routledge 2018).

Natalie Scholz is Assistant Professor of Modern and Contemporary History at the University of Am-sterdam. She works on the cultural history of the political in modern Europe (France and Germany) with a focus on symbolic representations, popular imaginations and their affective dimensions. In her book Die imaginierte Restauration (Wissenschaftliche Buchgesellschaft 2006) she interpreted popular imaginations of the French Restoration Monarchy as cultural expressions of political feelings framed in a melodramatic mode. Currently she is working on a book project about the political meanings of every-day objects in postwar West Germany.

Rutger Claassen is Associate Professor of Ethics and Political Philosophy at Utrecht University. His main research interests include theories of social justice and theories of markets and marketization.

Marcus Düwell is Professor of Ethics at Utrecht University. His main research interests include the link between ethics and aesthetics, issues in bio-ethics and human dignity as a foundation for human rights.

P.W. (Peter-Wim) Zuidhof is assistant professor in European Political Economy and programme director of the Bachelor European Studies at the Department of European Studies, Faculty of Humanities of the University of Amsterdam. Trained in economics (Erasmus University Rotterdam) and philosophy (New School for Social Research, New York), his research and teaching focuses on the history and theory of neoliberalism. He is preparing a book titled Imagining Markets: the Performative Politics of Neoliberalism (forthcoming with Zone Books) which studies the various ways in which economic discourse is performing neoliberal governmentalities.

Since March 2007, Kati Röttger is professor and chair of the Institute of Theatre Studies at the University of Amsterdam. She had completed her doctoral studies at the Freie Universät Berlin, Germany, in 1992, on Collective Creation in the New Colombian Theatre, after having spent two years in Colombia for fieldwork. Since then, she has been engaged in the mediation of cultural and academic exchange between performance artists and academics of Latin America and Europe. Between 1995 and 1998 she was postdoc at the Graduiertenkolleg „Gender-Difference and Literature“ at the Ludwig-Maximilians-Universität München (Germany), followed by an appointment at the Johannes Gutenberg Universität Mainz (Germany) as Assistant Professor until 2005. Here, she completed her Habilitation on Fremdheit und Spektakel. Theater als Medium des Sehens. Her research activities are currently affiliated to Amsterdam Center of Globalisation Studies, the Amsterdam School of Cultural Analysis and to the Institute of Culture and History. Her actual research topics are Image Cultures and Globalisation, Politics of Performance, Spectacle and Spectacularity (in the 19thcentury) and Intermediality. She is co-founder of the Master of Arts of International Performance Research that was running in close cooperation with the Universities of Warwick, Helsinki and Belgrade between 2008 and 2013. Currently she is dean of the department Arts and Culture Studies at the UvA.

Paul Benneworth is a Senior Researcher at the Center for Higher Education Policy Studies (CHEPS) at the University of Twente, in the Netherlands.  Paul’s research focuses on the relationships between universities and society, the production of public value, and the problematics arising where different logics are confronted in different kinds of stakeholders interacting in knowledge creation processes.  He is the co-editor and contributor to the recent volumes Making 21st century knowledge complexes: technopoles of the world 20 years after (Routledge, 2015), University engagement with socially excluded communities: towards the idea of 'the engaged university’ (Springer, 2013), and Universities and regional development: a critical assessment of tensions and challenges (Routledge, 2012). He was Project Leader of the European HERA ERA-net consortium ‘The public value of arts & humanities research’ (2010-2013).

Mieke Bal is a cultural theorist, critic, and video artist. Her interests range from classical and biblical antiquity, 17th century to contemporary art and modern literature, feminism, migratory culture, mental illness, and the critique of capitalism. Her many books include a trilogy on political art: Endless Andness (on abstraction) and Thinking in Film (on video installation), both 2013, Of What One Cannot Speak (2010, on sculpture) and A Mieke Bal Reader (2006). Her most recent video project, Madame B, with Michelle Williams Gamaker, is widely exhibited. She is currently working on a film and installation project, Reasonable Doubt, on the miss-encounter of two 17th century geniuses, René Descartes and Queen Kristina of Sweden. She is also writing a book-length study on Nalini Malani's shadow plays.

Kirsten Kalkman (1990) studies Philosophy at the University of Amsterdam. She currently works on her master thesis, in which she uses Plato’s Symposium to systematically investigate the relation between philosophy and religion. Besides studying, she is involved in the establishment of De Bildung Academy, a bottom-up initiative aiming to offer academic and personal formation to students.

Wessel Reijers (1989) studied Philosophy of Science, Technology and Society at the University of Twente (Netherlands). He is now active as a PhD researcher within the ADAPT Centre, in which he is responsible for identifying and analyzing the ethical issues relevant for the research that is conducted at the Centre. The research of the ADAPT Centre is concerned with a myriad of innovations that are all connected to digital content technologies; including innovations in natural language processing, multimodal interaction and linked data. Furthermore, Reijers is currently conducting research for the SATORI project, which aims to develop a common European framework for ethical assessment of research and innovation. He specializes in philosophy and ethics of technology.

Mike Neary is Professor of Sociology in the School of Social and Political Sciences at the University of Lincoln. He is a founder member of the Social Science Centre, a cooperative enterprise providing no fee higher education in Lincoln, UK.

Dr Joss Winn is a Senior Lecturer in the School of Education at the University of Lincoln. He is a founder member of the Social Science Centre, a cooperative enterprise providing no fee higher education in Lincoln, UK.

Nguyen Vu Thuc Linh is a PhD researcher in the History and Civilization Department at the European University Institute (EUI) in Florence, Italy. She is working on the emotional habitus and its links with political mobilization of the milieu of the Warsaw-based political activists in post-1945 Poland.

John-Erik Hansson is a PhD researcher in the History and Civilization Department at the European University Institute (EUI) in Florence, Italy. His work focuses on the children’s books written by the radical philosopher and novelist William Godwin, and their connection to his political and educational thought.

Ola Innset is a PhD researcher in the History and Civilization Department at the European University Institute (EUI) in Florence, Italy, where he is working on a project on the early history of the neoliberal movement. He has written two books in Norwegian and writes regular columns and book reviews for Norwegian newspapers.

The New University: A Special Issue on the Future of the University

Beyond Public and Private: A Model for Co-operative Higher Education

A ‘Circulation Model’ of Education: A Response to Challenges of Education at the New University

To Love or to be Loved?: A Platonic Evaluation of Academic Development(s)

What Should Democracy Mean in the University

Power to the Imagination

The Maagdenhuis Occupation, The Crisis of ‘Soft Coupling’ and the New University

The Usefulness of Useless Knowledge

Towards a Post-Neoliberal University: Protest and Complicity

New Art for the New University

Precarity and Neoliberalism, Resistance and Solidarity: Work and the Future of the University 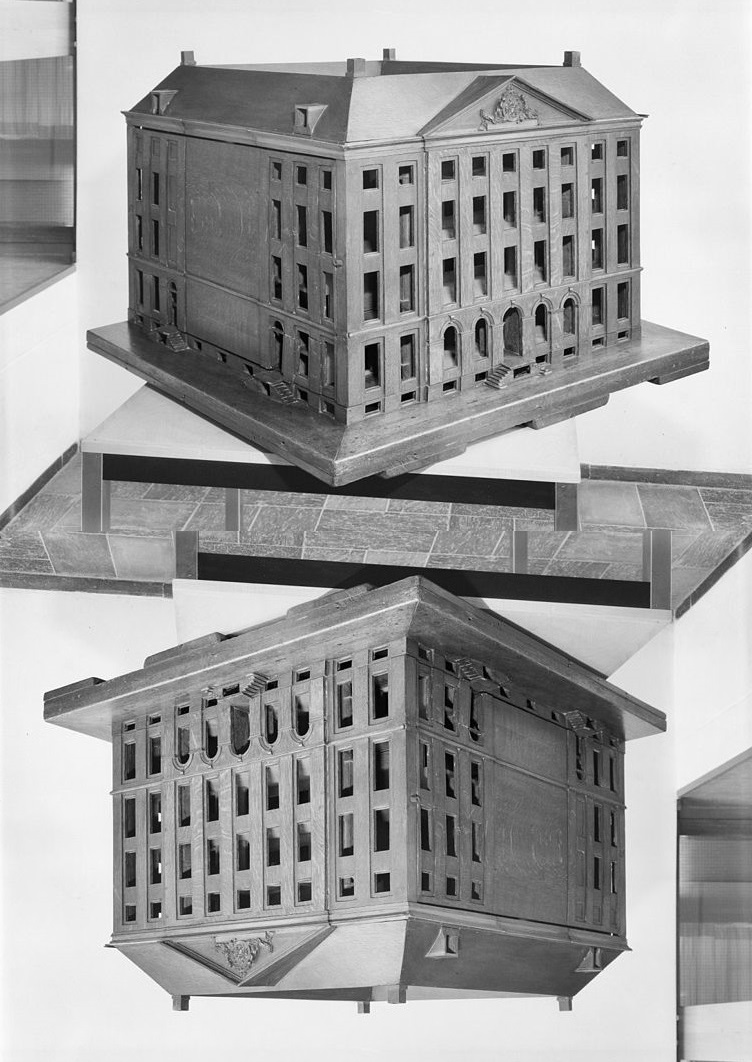