The field of animal ethics has in the past forty years been dominated by a focus on nonhuman animal suffering. The main theoretical debate in this field takes place between proponents of utilitarianism and deontology, or welfare and rights. The aim of this debate is to formulate universal human duties towards nonhuman animals. Factory farming is seen by many animal philosophers as one of the largest problems for animals, at least in quantitative terms, and many animal ethicists argue for either a substantial reform, or abolishment, of this practice. In Animal deliberation: The co-evolution of technology and ethics on the farm, Clemens Driessen develops a new approach to animal ethics, in which he focuses on technologies used on farms. By connecting different theoretical approaches, ranging from science and technology studies, to pragmatic philosophy and to case studies, Driessen aims to contribute to real, situated debates. He does so not only by theorizing, but also by engaging with farmers and farmed animals, focusing specifically on farming practices with dairy cows and pigs in The Netherlands. Additionally, he aims to bridge the distance between farming practices and the general public, as is perhaps most visible in the interspecies video game Pig Chase, which he invented as part of the project.

Animal ethics and technology on the farm

The thesis is divided into four parts, which are all devoted to different sets of concerns. Each chapter introduces a new theoretical approach, used as a tool that is tied to the practice described, thereby creating not only depth in the subject matter discussed, but also in the ways we can view, discuss and understand farming practices. In the introduction Driessen argues for a situated and contextual pragmatist form of ethics that focuses on material and discursive practices, recognizing the importance of experience, instead of trying to formulate universal abstract moral standpoints. He does so for several reasons, ranging from the fact that intensive farming will continue to exist in the years to come, to the theoretical impossibility of taking a view from nowhere. Relatedly, Driessen aims to rethink the meaning of debating, and to reconsider what counts as an appropriate argument by focusing on the influence of technology on our thinking.

The first part of the thesis explores the role of ethics on and beyond the farm. In chapter two Driessen writes an ethnography of farmers’ deliberation – a group that is usually not consulted in animal ethics – combining insights from sociology with the author’s own experiences with farmers: he took a course in milking cows, visited farms with students, and helped out animal scientists. The following chapter considers ethical debates surrounding technological inventions that propose to do away with farmers, namely in vitro meat and pig towers, and uses the work of Dewey and Heidegger in combination with insights from science and technology studies, as well as bio-art, to map the forms of reasoning generated by these experiments.

Part two investigates how the co-evolution of moral and technological change takes place in everyday material practices. It focuses on the example of the milking robot, and draws on Actor Network Theory in conversation with rural sociology and geography, to show how cow-robot-farmer assemblages are constructed around this invention. With the introduction of the milking-robot the roles of farmer and cows change. Driessen introduces the term ‘animal deliberation’ to describe this process, connecting views developed in animal geography to recent work that argues for viewing animals as political actors, and to situated critiques of theories of deliberation. In this material multispecies deliberation, cows adapt to the robot and show their preferences, which the farmers interpret and to which they respond by making changes, to which the cows respond, and so on. The outcome regarding the position and use of the robot is the result of both the cows’ and the farmers’ agencies. The milking-robot enables the cows to formulate their standpoint in a new way and the farmers to read them differently, and vice versa.

In part three, Driessen combines the theoretical insights gained in the first two parts to develop an interspecies video game, Pig Chase. In this game, viewers communicate with farmed pigs. This relieves the pigs’ boredom – one of the most pressing problems for pigs in intensive farming – and connects consumers to the animals they eat. The video made to promote the game (the actual game has not yet been realised) was picked up by different media, and stirred discussion. Driessen presents the game as a philosophical intervention that raises questions about the treatment of pigs in intensive farming, eating animals more generally, and the distance between consumers and farmed animals, as well as ontological questions about moral subjectivity. The game explores new forms of thinking with other animals, and of doing ethics. Its aim is to bring to life a form of multispecies philosophy, in which pigs, and different groups of humans, such as scientists, consumers, animal activists, game enthusiasts, can play and think together.

The final part of the thesis ties the different threads together and questions its own emphasis on the written word. Instead of offering a conclusive argument on animal farming in The Netherlands, the thesis aims to bring about a sense of fascination and ambivalence towards the practices described. Instead of regarding technological interventions solely as sites for debate and reflection, it proposes to view them as ways of practicing philosophy and ethics. In this context the Pig Chase project is presented as a new site for experience, reflection and moral debate, in which humans and other animals can take part.

The thesis is an original contribution to the field of animal ethics, and as such an interesting read for philosophers and others interested in interconnections between ethics, technology, and farm practices. The method developed in this thesis sheds new light on the issues discussed and shows the potential of thinking about animal ethics outside the dominant paradigms of utilitarianism, deontology and virtue ethics. Connecting different fields of theory to the case studies not only illuminates aspects of human-animal relations, but also shows the relevance of these, mostly rather new, approaches in thinking about farm animals and technology in the Netherlands. Driessen’s argument for locating ethics and interspecies thinking at least partly in material practices is convincing, and using philosophical interspecies experiments to interact with nonhuman animals, and those who work with them, is a promising new research strategy. The thesis reads well and succeeds in providing an engaging narrative. The topics discussed – bored farm animals, environmental issues, new technologies – are serious, but Driessen knows how to approach them lightly; at the end of his thesis he discusses his engagement with absurdity and the ridiculous, and the role of jokes and humour in making others think.

The thesis however also raises several theoretical and practical questions. The first set of questions concerns power relations. While Driessen’s arguments for providing a narrative, rather than arguing from a view from nowhere, are convincing, his starting point is not morally neutral. Exercising power and agency is not a matter of all or nothing, something Driessen convincingly shows, and the philosopher is always situated, for example by being human. But being situated does not mean we cannot question power relations. The risk of staying too close to practices is that one legitimates them. Conceptualizing animal agency in relation to milking-robots is for example quite problematic from an animal rights perspective, because the cows in question are held captive and have no (or very little) opportunity to end their exploitation. While suffering is not the only lens through which we should view nonhuman animals, not taking their suffering seriously keeps intact the worldview that allows for exploitation, and runs the risk of legitimating the practices attached to that.

This leads to the second set of questions, which deals with the political implications of this thesis. Driessen does not discuss political implications of the project and it is unclear how the views developed in this thesis can be translated to democratic institutions, laws and regulations. This is problematic from the perspective of animal subjectivity, and from the perspective of democracy. In current political constellations, nonhuman animals have no voice. Their interests are affected by human laws and regulations, yet they cannot participate in official forms of politics. Driessen shows that farm animals can and do exercise agency in matters that concern their lives. He also shows that material interventions can support human-animal deliberations. Using a political concept such as deliberation to conceptualize human-animal relations is very promising, but in its current form the political and democratic potential is not fully realized. It is unclear why, and if, farmers should aim to further develop processes of deliberation with other animals, and how existing forms of deliberation can inform political decision-making. Animal agency is only conceptualized on the micro-level, while humans determine the macro-framework in which it is acted, which reinforces the human-animal hierarchy that is challenged. Viewing nonhuman animals as subjects with their own perspective on life asks not only for rethinking nonhuman animal agency but also for rethinking the structures and relations in which it is shaped, on different levels.

The last question concerns the relation between form and content. The final chapters of the thesis refuse to offer an overarching argument, as would be expected from a PhD thesis. While this works well in terms of narrative, it also leaves the story with somewhat of an open ending. Or, more precisely: it raises the question of why the result of this research is a thesis, and not (also) a novel, or a real game, or another technological interspecies invention that bridges the gap between academia and general public, human and nonhuman animals, and words and practices. Of course, a PhD thesis is not just the end of a research project but also the beginning of many others, so hopefully Driessen will continue to explore the field of interspecies ethics, with other animals.

Eva Meijer recently defended her PhD-thesis, titled Political Animal Voices, at the University of Amsterdam. She teaches (animal) philosophy at the University of Amsterdam and is the chair of the Dutch study group for Animal Ethics, as well as a founding member of Minding Animals The Netherlands. Recent publications include a book on nonhuman animal languages and the question of what language is, Animal Languages, and a fictional biography of bird scientist Len Howard, Bird Cottage, both of which will be translated into eight languages. More information can be found on her website: www.evameijer.nl.

you dont have to answer this but… 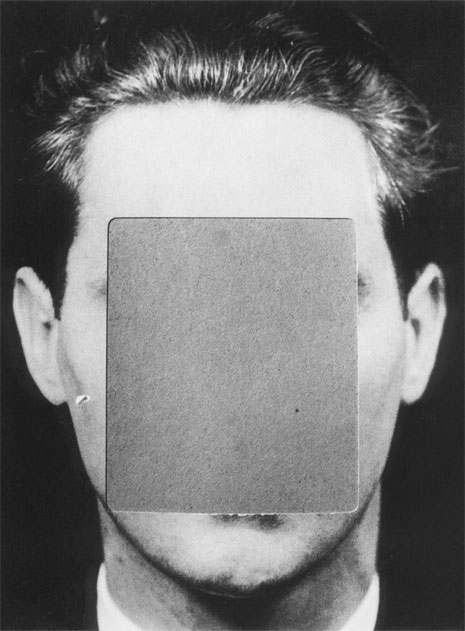